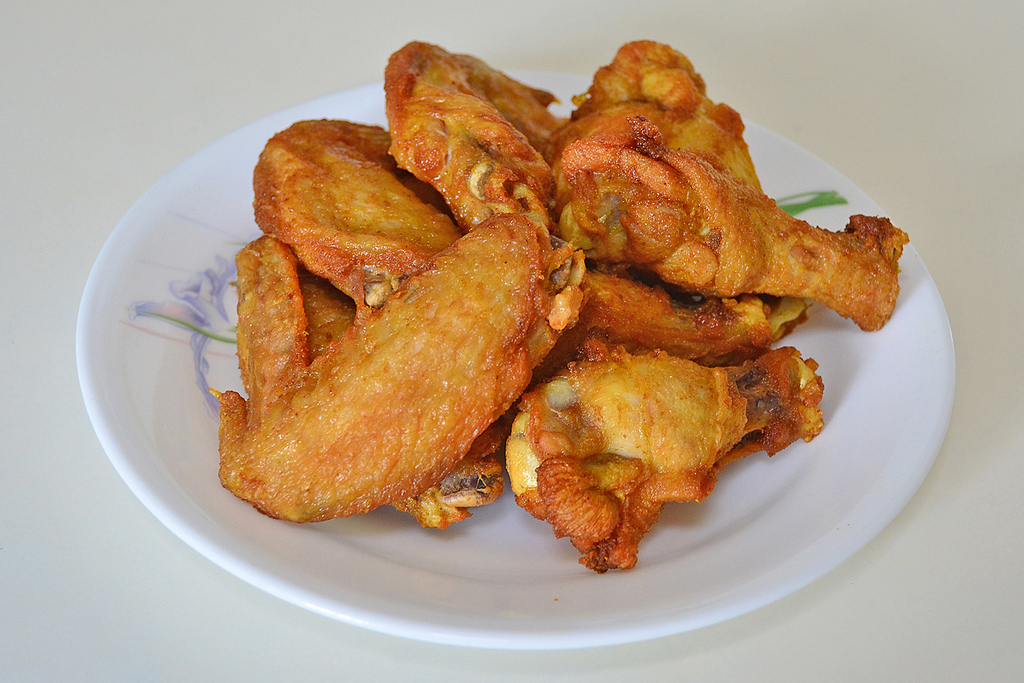 Chicken is said to have the healthiest meat among the domestic animals. The pork has too much fat, the beef can be sometimes hard to chew – but chicken is the real deal. Many people make mistakes when preparing chicken meat due to the fact that they choose unsuitable ingredients and make the meat even more unhealthy and tough. Therefore, it is of utmost importance to choose the best oil for fried chicken, should you decide to prepare it that way. There are numerous different oils and each has its own advantages and disadvantages, so let’s examine a few of them in order for you to see which one will be the best fit when it comes to fried chicken.

What is the best oil to use in the deep fryer?

So, there are numerous ways to fry chicken of course, and one of the best ways to do that is with a deep fryer, which basically works in the following way – You have a big container of oil in which you drop your chicken on a certain temperature and you wait for it to fry. However, choosing the unsuitable oil may be a bit of a nuisance once your chicken starts tasting a bit odd afterwards. Therefore, the best oil for deep frying chicken is definitely peanut oil.

Peanut oil, which is also referred to as arachis oil or groundnut oil is completely extracted from peanuts which makes it a complete vegetable oil. This kind of oil was never a popular kid in the American school of cooking, but with the rise of the awareness about fat food being eventually lethal, people started opting for this one as a suitable substitute for other kinds of oils which are usually derived from animals. Having said this, it is also important to mention that this oil, well, tastes like peanuts but just a bit. It more adds an aroma to the food that you fry, just as any other spice.

The next best oil for frying chicken wings in a deep fryer is canola oil. If you compare all the vegetable oils, you will see that canola is the one that has only 7 grams of saturated fat per 100 grams. This means that it is, in fact, the healthiest oil that exists out there and that it is not even safe for humans but also recommended as an example of a healthy diet. Canola oil also has a history of its own. There are traces that suggest that this kind of oil was used 4000 years ago in India and 2000 years ago in Japan and China. Furthermore, the next big expansion of its use happened after the people discovered that it lubricates metal very well. Finally, Canola oil was revived again after the seventies and became the inseparable ingredient for people who planned to eat healthy.

Finally the oil that you would like to use should you wish a more neutral flavor is olive oil. Many professional chefs claim that it is the best oil for fried chicken and for no apparent reason – they only go perfectly together. Although it is a pretty healthy oil to use, it is still a bit greasier than Canola and you will feel it in your food. Therefore, if you are a do it by the book person and like your chicken wings done properly, then olive oil is definitely the option for you. Olive oil plays an important part in history of different ancient cuisines such as Greek, Cretan, etc. Nowadays, the biggest producers of Olive oil are Spain, Italy and Greece and it is has become the synonym for Mediterranean cuisine.

To sum up, it is finally up to you to choose the best oil for fried chicken and these are just some of the reasonable choices if you wish to make your chicken a bit healthier. However, if you prefer the old greasy stuff you can just as well use lard – it will certainly be tasty but not healthy at all. Once again, these were just the options for the deep fryer, but if you possess an Airfryer or ActiFry you might want to consider adding a spoon or two of these oils just to add up to taste.

Airfryerexpert.review is a participant in the Amazon Services LLC Associates Program, an affiliate advertising program designed to provide a means for sites to earn advertising fees by advertising and linking to amazon.com,amazon.fr,amazon.ca,amazon.it,amazon.de,amazon.es,amazon.co.uk,amazon.nl